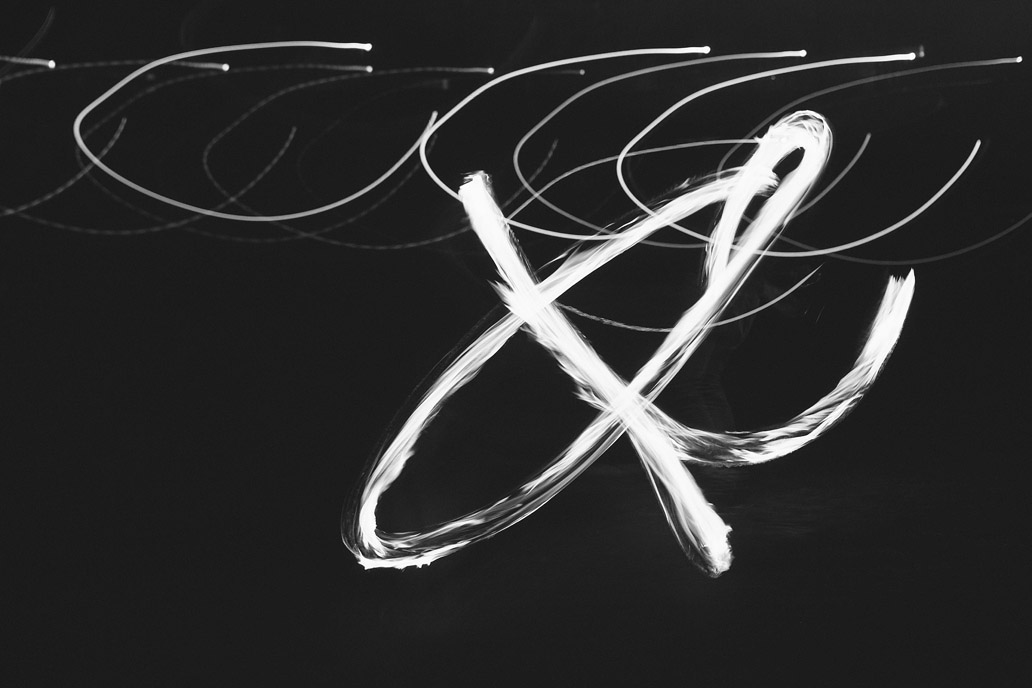 Without any doubt: Berlin’s former airport Tempelhof is the city’s greatest public park! There is no other place like Tempelhof. Everyone who has been there is stunned by the warm atmosphere, the big clouds and the massive amount of space. And it’s not only perfect in summer. Tempelhof is the perfect spot for every season.

Unfortunately things will change and there are clear plans to minimise the park size, which includes massive building activities. This is what most people who either visit the park regularly or live close by fully reject. I’m one of those people that’s why I gave my name and signature to 100% Tempelhofer Feld – a wonderful initiative which is trying to force a referendum about the future of the park. They managed to collect 190.000 signatures so far. But they need 10.000 more to fulfill the criteria for a referendum. You can still vote until 10pm tonight. I must say I’m pretty impressed by the energy of that group of volunteers. Whatever will happen, they did an amazing job!

Their last public activity was a light flash mob which was to take place yesterday at Tempelhof at 4pm. And I nearly missed it as I only found out about that event at exactly 4 o’clock! Because I live only a couple of 100 metres away from the field I quickly grabbed my camera and ran! Hundreds of other people came over and brought every kind of light. I just arrived in time, so I immediately heard someone shouting through a megaphone: “Okay, you can switch your lights on, now!!” The big lighting-up went on for a couple of minutes. They also tried to form a “100”, but you would have had to be actually in the air to take the perfect picture. But it didn’t really matter! Today it wasn’t about the perfect picture, it was about raising your voice and light. 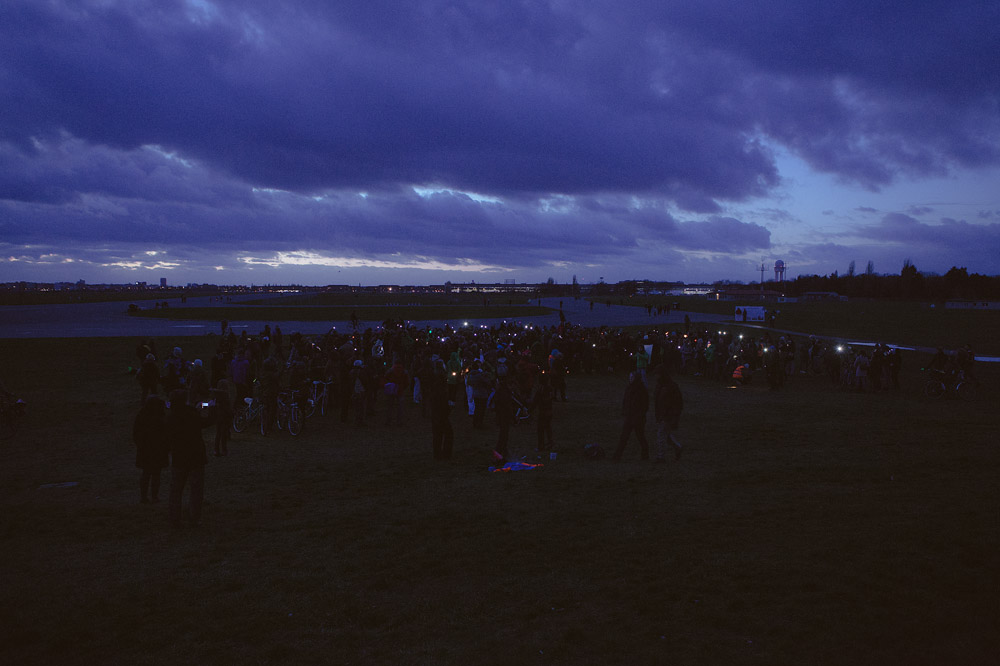 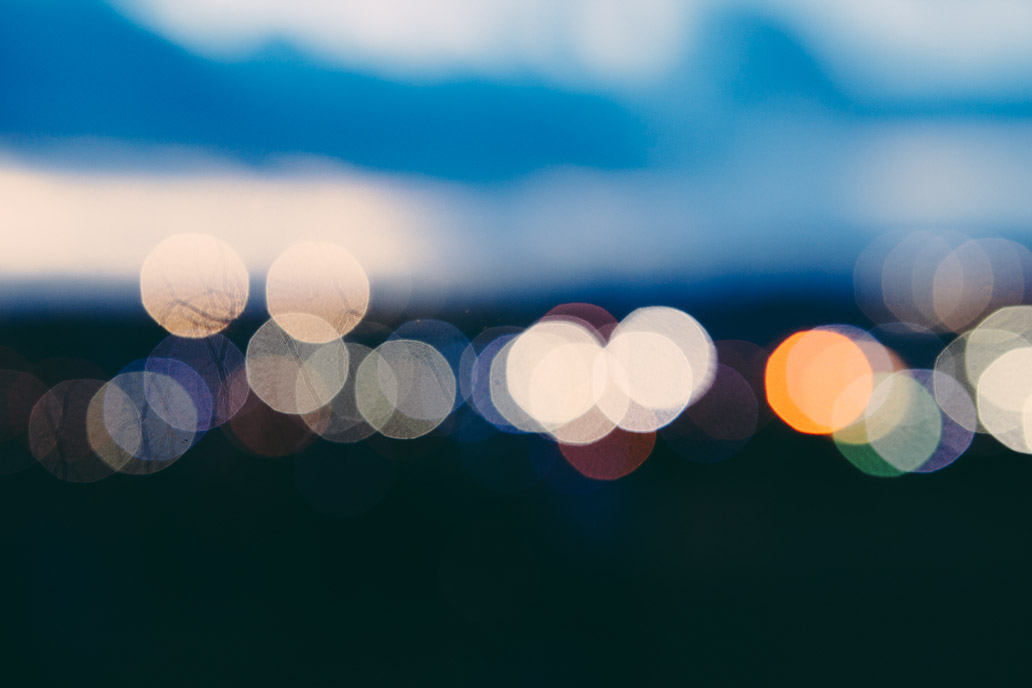 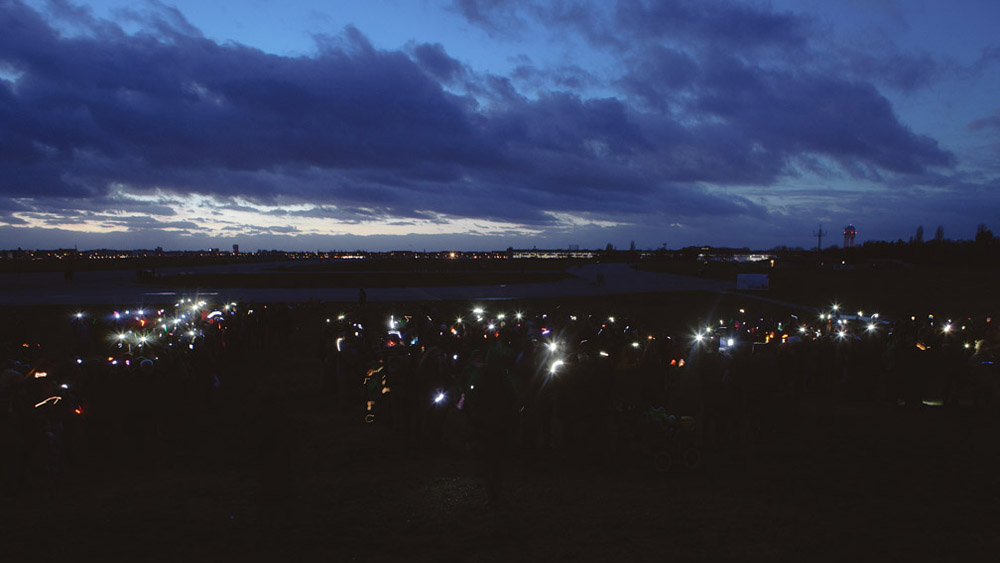 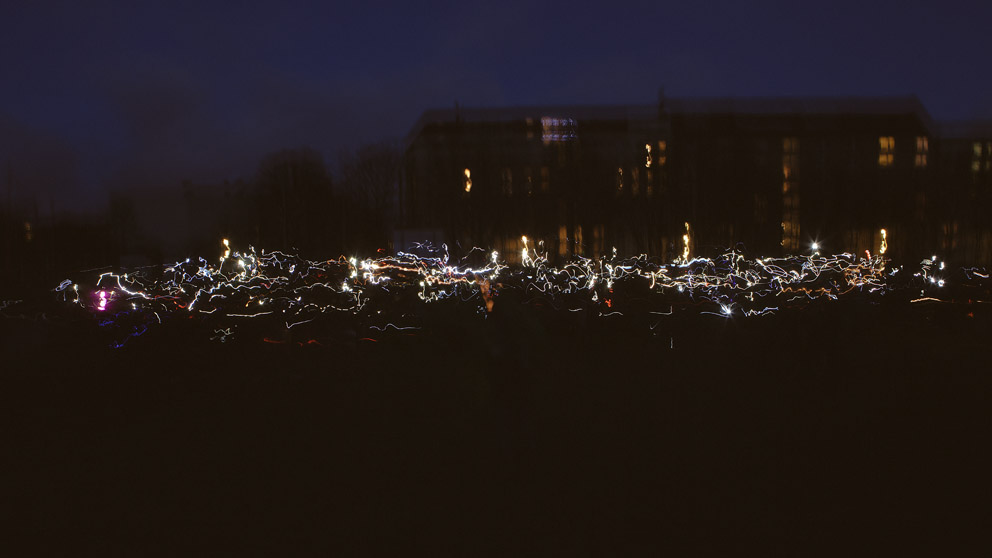 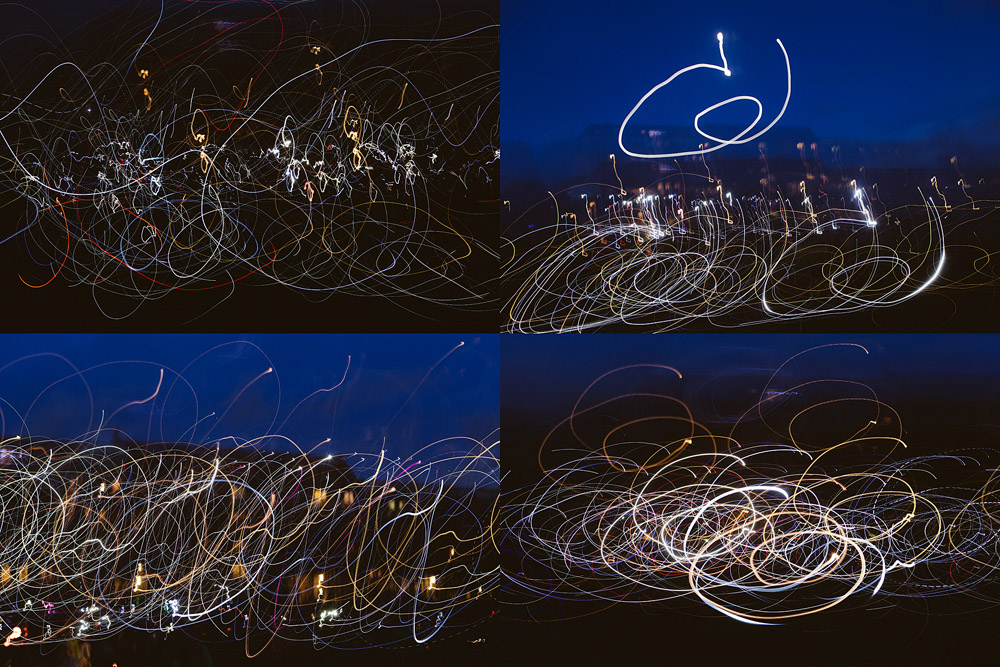 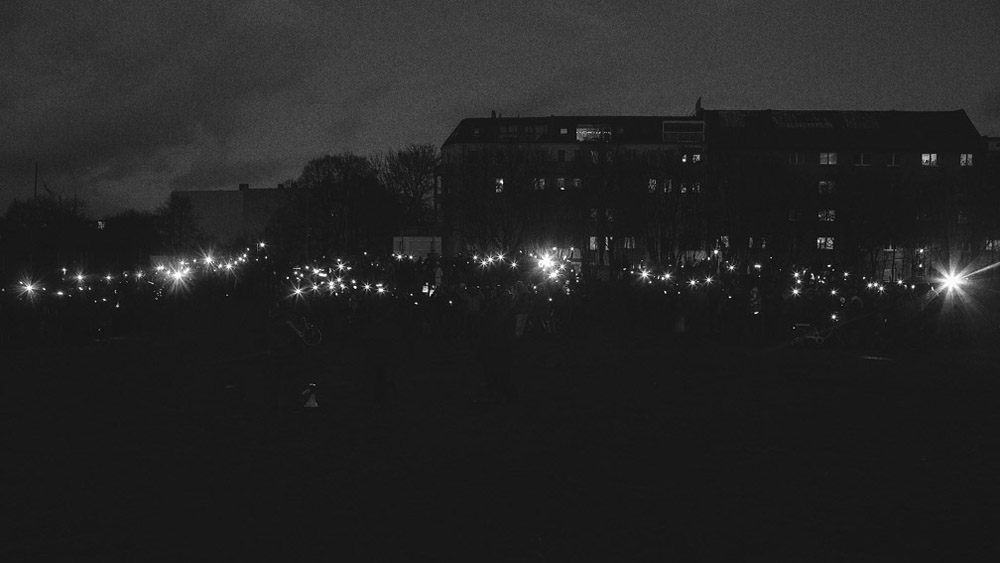 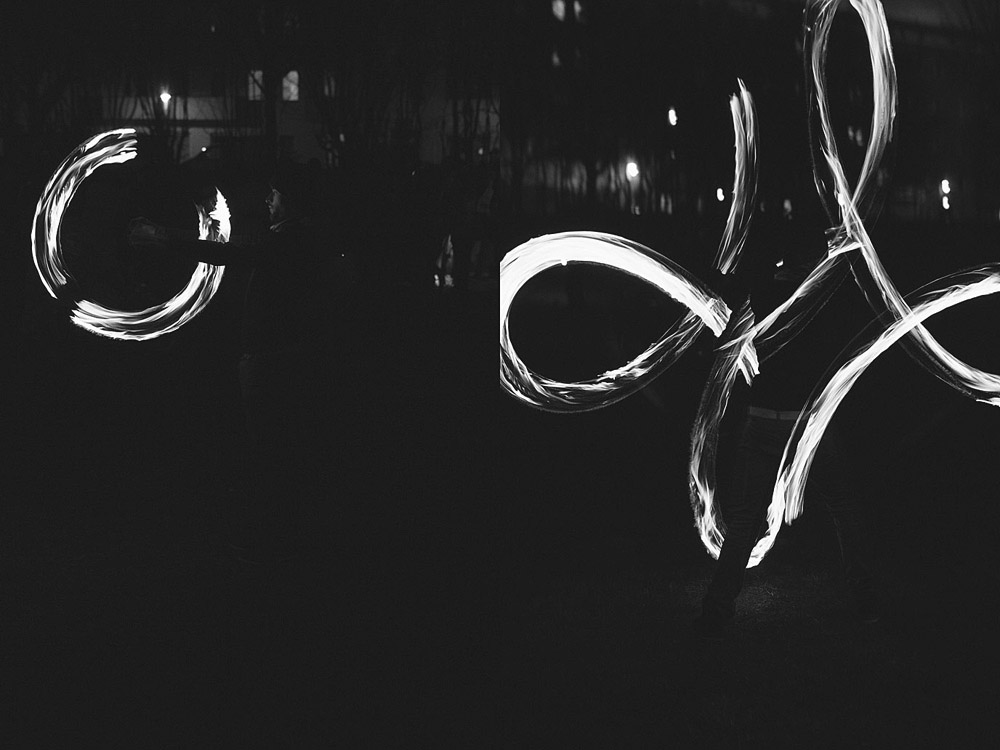 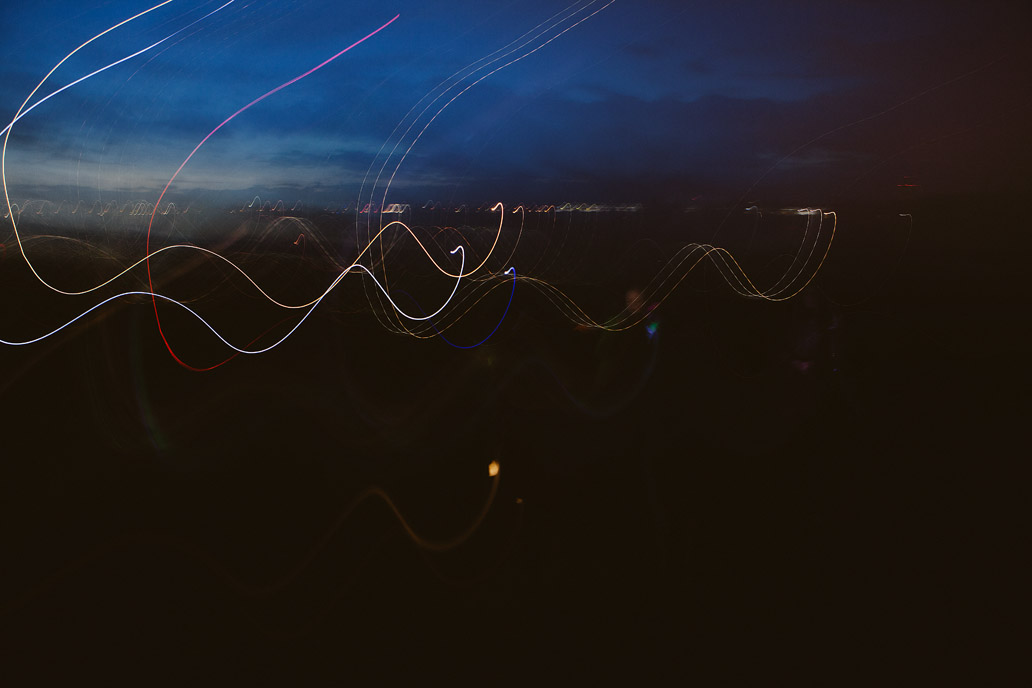